Community Ambulance is locally owned and operated by two ems professional, who have more than 55 years of combined local EMS experience. In 2010, Community Ambulance opened its doors as the need for ambulance service increased in the Valley and patient wait times in emergency room hit all-time highs. The company is licensed to provide service in Las Vegas, Henderson, Boulder City, and Unincorporated Clark County.

The company was awarded national Commission on Accreditation of Ambulance Services (CAAS) in 2012 and was reaccredited in 2015 as well as 2018. CAAS Accreditation is the highest industry standard for EMS excellence 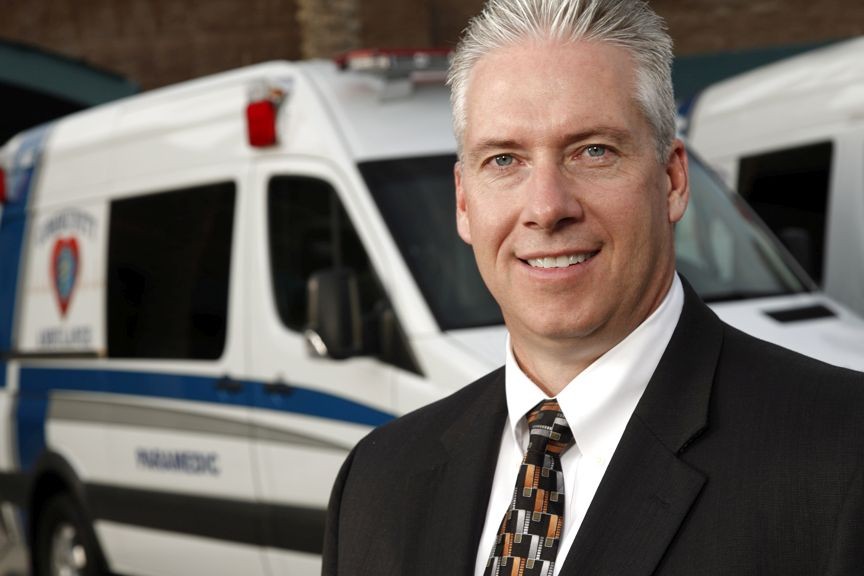 As Chief Executive Officer for Community Ambulance and with nearly three decades of experience in emergency medical services. Rob’s career started in 1985. In 1989, as a paramedic for Mercy Ambulance in Las Vegas Rob held numerous leadership roles including field supervisor, director of specialty care services, and operations manager. During that time he managed and directed hundreds of major events including concerts, boxing matches, racing events, rodeos, and marathons and contracted specialized medical inter-facility transports to meet specific needs of his customers.

In 2000, Rob began his tenure in the public sector as a firefighter and paramedic for the City of Henderson focusing on communications, accreditation, safety planning and information technology. After working up the ranks, he retired in 2012 as division chief over special operations for the Henderson Fire Department.

Rob has an associate’s degree in paramedicine from Brigham Young University, Idaho, a bachelor’s degree in healthcare administration from the University of Nevada, Las Vegas, and a master’s degree in executive fire service leadership from Grand Canyon University.

One of the most knowledgeable and experienced emergency medical service administrators in Southern Nevada, Brian Rogers serves as Chief Operating Officer for Community Ambulance.Brian began his career in Las Vegas as a paramedic for Mercy Ambulance in 1988. He rose quickly as a trusted leader and soon served as director of operations. His forecasting, planning, efficiency analysis, and oversight of daily operations made Mercy Ambulance the yardstick by which other private ambulance services were measured.

In 2001, Brian helped launch Southwest Ambulance, now known as MedicWest. As the company’s managing director, Brian was critical in growing MedicWest from a startup to more than 250 medics, directors, managers, and field supervisors responding to more than 80,000 phone calls annually. Brian transitioned from the private sector to the public sector in 2008 when he became an officer in the emergency medical services department for the Henderson Fire Department. 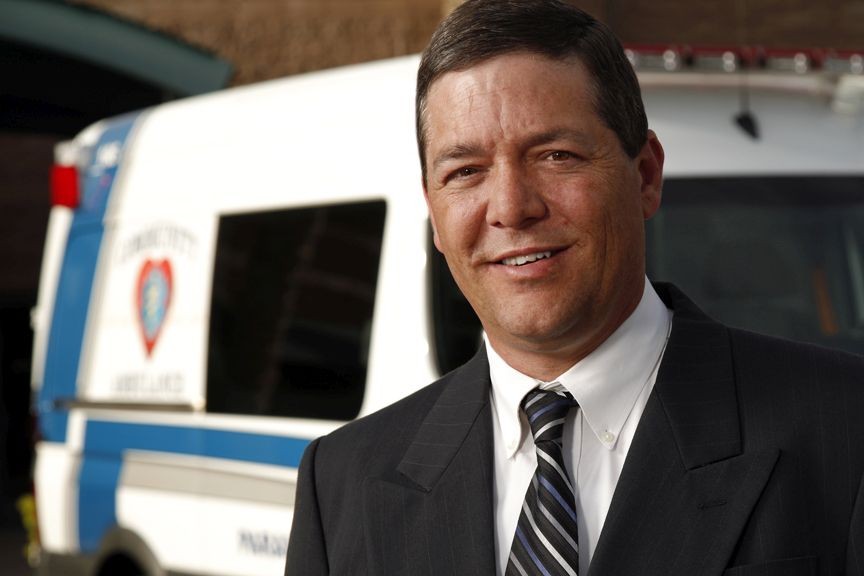